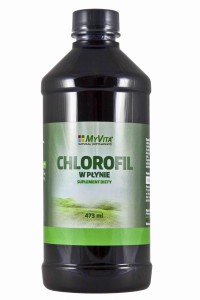 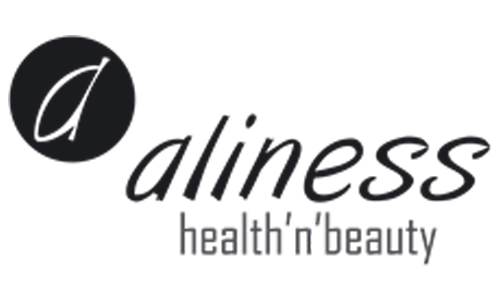 Beta-glucan from yeast in its most natural form!

Yestimun® Beta-Glucan is a pure and fully natural, natural product without additives and fillers (100% Saccharomyces cerevisiae).
Each batch of the product is checked in terms of microbiology and heavy metal content. The safety of the preparation has been demonstrated in clinical trials, where it has been proven that it can be consumed on a daily basis without causing side effects.

It is recommended to take beta-glucans at a certain time interval from the meal, so that the structure of the molecule is better recognized in the gastrointestinal tract without interference from other molecules. Clinical studies conducted by Aliness have shown that the effects of the product also in the case of taking the product during a meal. The preparation has efficacy as an ingredient in dietary supplements and functional foods.
[Graubaum et al. (2012), FNS 3, 738-746 / Auinger et al. (2013), Eur J Nutr Vol 52, ed. 8, pp. 1913-1918].

Purity of beta-glucan:
The purity of the beta-glucan contained in the supplement is at least 85%. The production process includes many washing steps that aim to achieve a clean beta-glucan structure and to remove other brewer's yeast ingredients such as mannooligosaccharides, fat and proteins.

The content of vitamins in the preparation:
Yestimun® Beta-Glucan is made from brewer's yeast, however, in the separation process, consisting of three stages, all soluble substances are washed away. It can therefore be assumed that for the sake of a long brewing time, most vitamins are deactivated and rinsed out.

Does not contain gluten:
Yestimun® Beta-Glucan was tested and no trace of gluten was found. This is due to the combination of basic and enzymatic hydrolysis and many stages of washing during the production process.

Brewer's yeast is grown on barley wort. In the case of brewer's yeast, the most commonly used level is 200 ppm and more. During enzymatic autolysis, most of the gluten is hydrolysed and single amino acids do not cause an allergic reaction. Then, the yeast cell wall undergoes a caustic treatment. Hydrolysis and leaching of proteins, fats and mannooligosaccharides occurs. The final stage is rinsing, ultimately removing remaining fat, mannose and amino acids.

The Aliness company has its own equipment for measuring the presence of gluten, set to max. 20 ppm gluten. All analysis results showed that Yestimun® Beta-Glucan is gluten-free.

The product is not stabilized:
It is also stable in an acidic and alkaline environment and can be added, for example, to sour drinks, sheiks, etc.

Resistant to gastric acids:
The study showed that Yestimun® Beta-Glucan is resistant to gastric acid. The beta-glucan molecule can pass through the stomach in unchanged form and reach the intestine, where it is recognized by the receptor cells.
[Rahar et al. (2011), J Adv Pharm Technol Res, Apr-Jun; 2 (2): 94-103].

Storage:
Yestimun® Beta-Glucan should be stored in a closed container, in a cool and dry place, out of light. The open box should be closed tightly and accurately so that the product retains its full quality.

Usage:
1 to 2 capsules daily before meals.

Safety warnings:
Do not use in people who are allergic.

Do not exceed the recommended daily dose.

To maintain good health, a balanced diet should be used and a healthy lifestyle should be maintained.

Dietary supplement can not be used as a substitute (substitute) of a varied diet.

Store in a dry place at room temperature, out of reach of small children.

Pregnant women, nursing women and children are not recommended.

Yestimun® Beta-Glucan is a natural and effective ingredient in brewer's yeast.
The production process of Yestimun® Beta-Glucan has the appropriate certificates and is compliant with IFS, BRC, ISO 22000: 2005, Halal, Kosher standards.
Yestimun® Beta-Glucan is a pure and fully natural, natural product without additives and fillers (100% Saccharomyces cerevisiae).
Each batch of the product is checked in terms of microbiology and heavy metal content. The safety of the preparation has been demonstrated in clinical trials, where it has been proven that it can be consumed on a daily basis without causing side effects.

NOW® Betaine HCl is formulated to support proper digestive conditions in the stomach.* Hydrochloric Acid (HCl) is normally produced in the stomach, where it assists protein digestion by activating pepsin, helps to maintain a healthy balance of gut flora, and stimulates the release of intestinal enzymes.* Pepsin is a protease produced in the stomach that partially breaks down proteins in foods.* HCl production tends to decline with age, so supplementing with HCl and pepsin may help to maintain normal digestive function.* This product uses a vegetarian acid-stable protease with activity equivalent to that of animal-derived pepsin.

Pepsin-a proteolytic enzyme of gastric juice, formed from the pepsinogen produced in the gastric mucosa. This reaction occurs only in an acidic environment.
Pepsin used in the product is produced in the European Union, specifically Great Britain.

Betaine - contributes to the proper metabolism of homocysteine.

A beneficial effect occurs when consuming 1.5 g of betaine per day. The source of betaine are also wheat germs or beets. 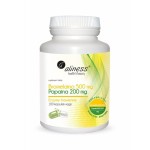 The main task of proteolytic enzymes, which are bromelain and papain, is to catalyze the reaction of peptide bonds between amino acids forming peptide chains.

Bromelain is a cysteine protease, a plant enzyme (proteolytic) that destroys peptide bonds. Due to a number of properties, it is used in dietary supplements in many nutritional models and recommended for people with low active lifestyle. 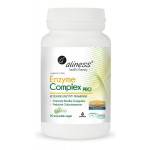 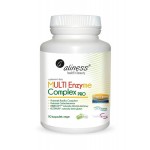 Also recommended for vegans and vegetarians.

Pancreatin is a mixture of lipase, amylase and protease. Facilitates the processes of digestion and absorption of proteins, fats and starch, regulates metabolism, reduces the symptoms of digestive disorders and the frequency of defecation.
Betaine hydrochloride promotes the release of nutrients from food and promotes digestion by increasing gastric acid levels.
Papain improves digestive comfort.
Bromelain facilitates the digestion of proteins and improves the absorption of amino acids.
Pepsin normalizes the pH of gastric juice and facilitates gastric digestion of proteins.

ProbioBalance by Aliness® FORTE contains specially selected bacterial strains dedicated to people with an increased body's needs for bacteria and variety of strains.

ProbioBalance by Aliness® IBS Balance contains the patented form of BIFIFOS W11 ™ Bifidobacterium longum W11. BIFIFOS W11 ™ is resistant to the antibiotic Rifaximin - the most popular antibiotic for the digestive system. It is the only product on the market containing such a bacterial strain.
In addition, BIFIFOS W11 ™ generates a protein coat that covers the cell during fermentation. This provides protection against external conditions, i.e. it is naturally encapsulated.

ProbioBalance by Aliness® KIDS Balance are specially selected bacterial strains dedicated to children from the age of 1.

The recommended daily intake needed to obtain the beneficial effects of the product: 1-2 capsules daily with meals. 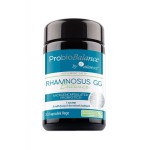 ProbioBalance by Aliness® Rhamnosus GG Balance has only one strain of Lactobacillus rhamnosus GG.

ProbioBalance by Aliness® Saccharomyces Boulardii BIOOTIC ™ (S. cerevisiae) DBVPG 6763 is a yeast strain in the patented form of BIOOTIC ™. The product is bioequivalent to the popular product on the market containing Saccharomyces Bualardi. 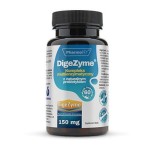 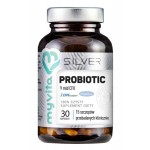 The preparation consists only of active ingredients without artificial additives and fillers.

During the production, 9 billion cultures of bacteria from 15 clinically tested strains were closed in the preparation, and the composition was enriched with a natural prebiotic in the form of inulin and leucine, an amino acid derived from protein.

All ingredients have been enclosed in a specially developed vegetable capsule without DRCaps dyes, which protects the contents from the action of gastric acid during transport to the intestines.

Probiotic bacteria have been created in the Probiotical advanced research center based on the highest pharmaceutical standards. The special manufacturing technology allows the stability of the complex when stored at room temperature for two years.

Probiotic bacterial cultures are microbial strains that are present in human intestines and have a positive effect on the functioning of the body. Administering them orally is intended to supplement the intestinal microflora and strengthen the body.

The proper condition of the intestinal flora affects the normal state of the immune system, as well as better absorption of nutritional values from foods. Probiotic bacteria act antagonistically to pathogenic microbes - they produce compounds, in the lead with organic acids, which lower the pH beyond the optimal value for the proper development of pathogenic cells.

The use of a synbiotic is particularly beneficial because this preparation, in addition to bacterial cultures, also contains a chicory-derived inulin medium that accelerates their multiplication in the gut. 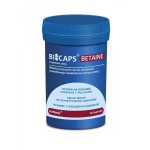 Betaine is a preparation that supports the digestive processes of the body.

The betaine contained in it in the form of hydrochloride optimizes the conditions prevailing in the stomach, improve the process of breaking down macronutrients and promoting the increased absorption of vitamins and minerals.

The supplement will be great for relieving heartburn, reflux, flatulence and gases.
It can also contribute to the regulation of stools.

In food products it is present in small amounts, e.g. in sugar beets and bee products.

Berberine is a golden yellow alkaloid.
Is obtained from the stems of Berbaris aristata, known as barberry.
This plant containing berberine has been used in medicine for centuries.

Magnesium malate:
- is a perfectly absorbable form of magnesium,
- helps maintain electrolyte balance,
- allows you to maintain healthy teeth and bones,
- contributes to the maintenance of normal energy metabolism,
- supports the proper functioning of muscles,
- supports the proper functioning of the nervous system,
- helps reduce tiredness and fatigue
- helps maintain normal cognitive function
- supports memory and concentration,
- plays an important role in the process of cell division,
- contributes to the proper development of the skeletal system in children

Formeds F-CHOLINE contains 245 mg of vitamin B4 in each serving, supporting primarily the proper functioning of the liver.

The pure form of the preparation without any additives provides 700 mg of choline hydrogen citrate.

Choline helps maintain the proper structure of cells and is involved in the regulation of lipid metabolism, therefore it has a positive effect on the liver.
Choline supplementation is recommended in cases of liver overload as a result of heavy digestion, alcohol or drug use.

ForMeds F-CHOLINE:
- Supports the proper functioning of the liver.
- It helps maintain normal homocysteine metabolism, preventing damage to blood vessels.
- It dilates blood vessels, thanks to which it lowers blood pressure and regulates heart function.
- It helps maintain normal nervous system functions, increases the ability to concentrate and has a beneficial effect on cognitive ability, it is thought that it can reduce the risk of dementia and dementia in old age.
- It is involved in the formation of the brain and nervous system in the developing fetus, which is why a choline deficiency in the fetal period may result in neural tube hypoplasia.
- Helps maintain normal fat metabolism. 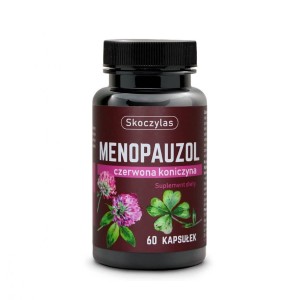 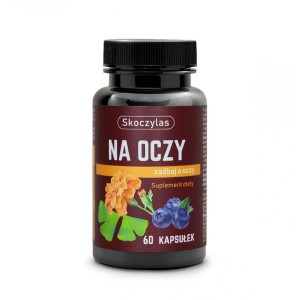 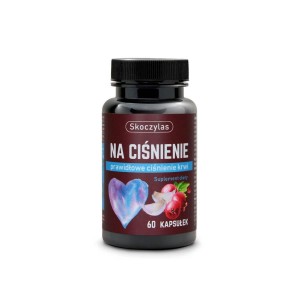 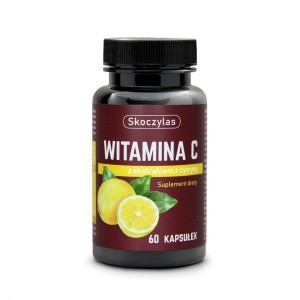 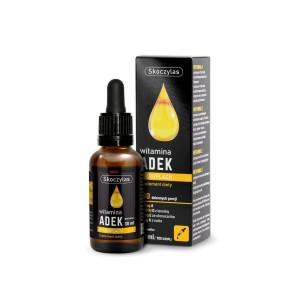 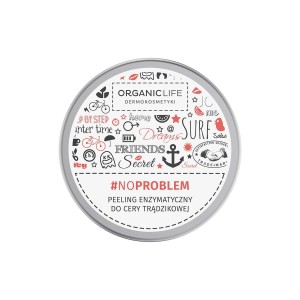 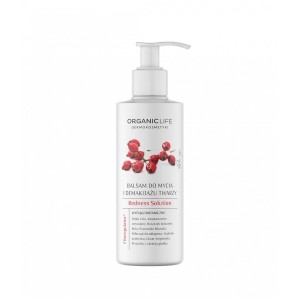 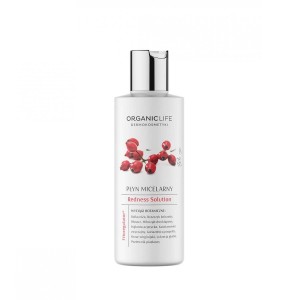